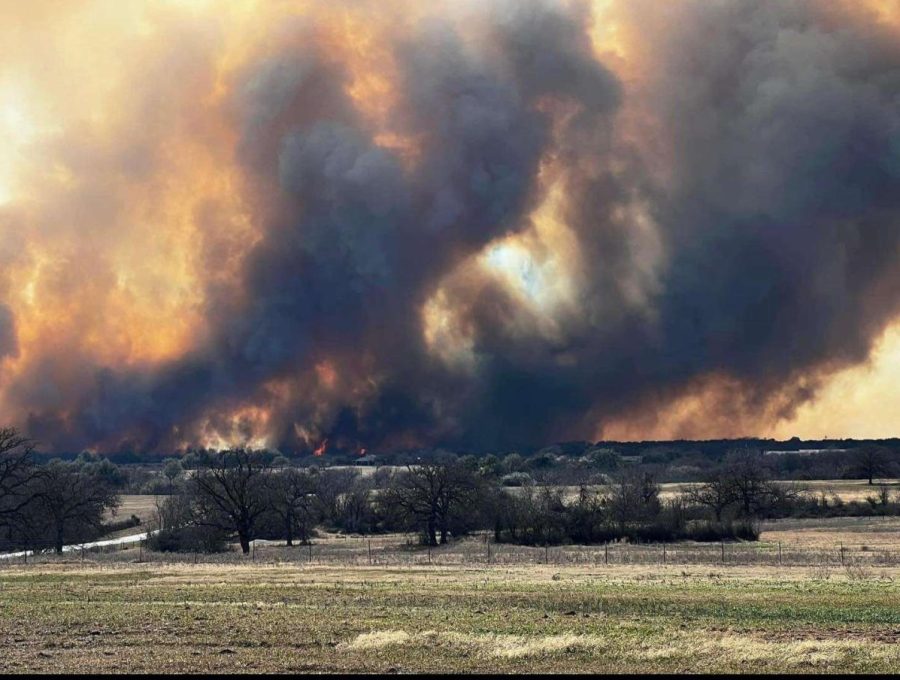 On Thursday evening, Mar. 17, the Eastland Complex Fire began and has currently killed at least one person, many injured including 2 firefighters, and burned down more than 54,000 acres of land west of the Dallas-Fort Worth area.

The fire started Southwest of Eastland, TX,  and has continued to spread throughout the state. 15% of the fire was contained on Friday along with hopes that the rainy weather on Sunday would help in suppressing it.

Although the rain helped a bit, the wildfire has been ongoing since it started. Gov. Greg Abbott signed a disaster declaration on Friday allowing the state to better help the 11 counties affected by the fire and others that could possibly be added.

Colorado has sent multi-mission aircrafts to the South to help contain these wildfires along with the Texas A&M forest service responding to the wildfire.

Many cities in Texas are coming up with ways to help, including sending water and supplies for the firefighters and shelter options for the people evacuated from their homes.

Some of these shelters include the YMCA in Granbury, First Christian Church on West Highway 377, First United Methodist Church in Granbury, The Church of Jesus Christ of Latter-Day Saints in Granbury, Camp Crucis on Camp Crucis Road in Granbury and Somervell Expo in Glen Rose has open camping stations.

Firefighters from all over the country are working hard to contain these fires and Texas cities along with Tolar and Granbury are helping support these firefighters.