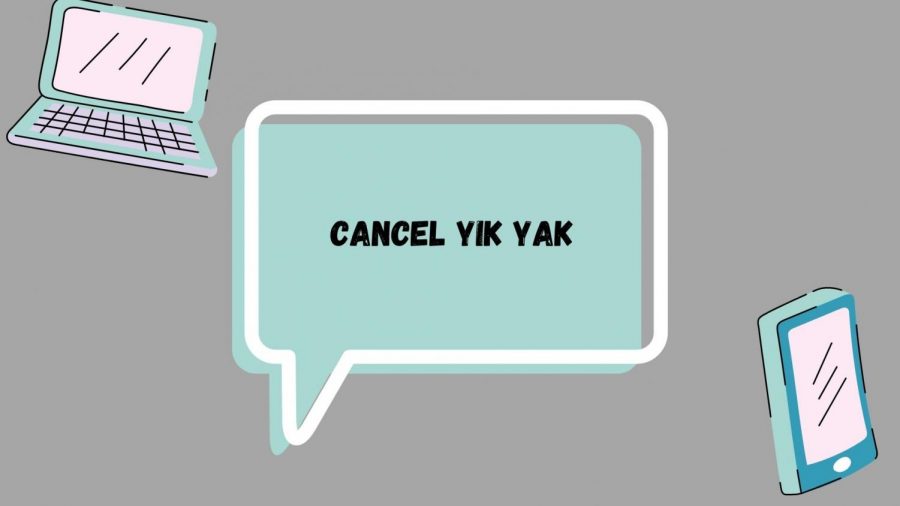 There are already enough stress and mental health problems as it is as a teenager, so with the emergence of an app in which users can post anything anonymously in a five mile radius, mental health issues are triggered, stress levels skyrocket and safety concerns arise.

This is why we, as a staff, encourage students to take a stance against the cyberbullying being displayed on the app Yik Yak.

For starters, people will say whatever they want–– and because it is anonymous, they will not expect to be held accountable for it. Regardless of if the comments made on the app are rumors or fact, they can affect someone negatively. Bullying has been a root cause for issues such as depression, suicide, school violence and more.

Many cyberbullying cases wind up getting prosecuted as harassment. Some cases result in civil court, while others might warrant criminal charges.

With anonymity and a lack of accountability, the app has become a cesspool of misinformation. Intentional or not, the gossip spread through the app can only devolve into false ideas. One spark, one comment left about a person or persons can start a fire of misleading and deceiving information.

Another concern with the app is safety. People can and have made threats in the past. Without knowing the identity of the people making these threats, nobody takes responsibility and administrators can’t take the action needed to protect from these threats.

This can trigger stress throughout staff, students and even parents.

Along with this, the app was shut down four years ago after being swamped with complaints that it facilitated racism, discrimination and threats of violence. But why is it back? Well, the platform’s new owners promised to root out bullying and threatening language. This is similar to TikTok in the sense of using an algorithm to censor certain videos, but it turned out to be an insufficient means of censoring.

In just one day of its popularity on campus Tuesday, Yik Yak caused a colossal amount of damage, exploiting personal information about students and creating untrue rumors about other students.

But, there is talk about the administrators not being able to do anything, despite the email to parents sent Tuesday night about the app and it’s negative outcomes.

In the Mahanoy Area School District vs. B.L. Supreme Court case this past June, a cheerleader posted a profanity-filled post about not making the cheer team and the school disciplined her by suspending her from the junior varsity squad for one year.

In the Supreme Court case, it was ruled that the school violated the cheerleader’s First Amendment rights by regulating what she posted outside of the school’s campus.

Although students should be allowed free speech when off school property, schools have to step in when students’ actions affect the general learning environment and the majority of the student body such as severe bullying or threats. Which did in fact happen when students started using the app on campus.

Therefore, in order to stop the cyberbullying, spreading of rumors and school safety concerns  that Yik Yak incites, we urge everyone to delete the app so that anonymous commenters will not continue to receive the attention they seek. We also encourage that everyone speak up if they see anything concerning posted to the app.

We stand behind the victims who were hurt and did not ask for their lives to be supported. If students have any information and know the identities of who posted such hate, we encourage them to inform an administrator. If a student is so bold to exploit someone, the student should be held accountable. See something, say something.