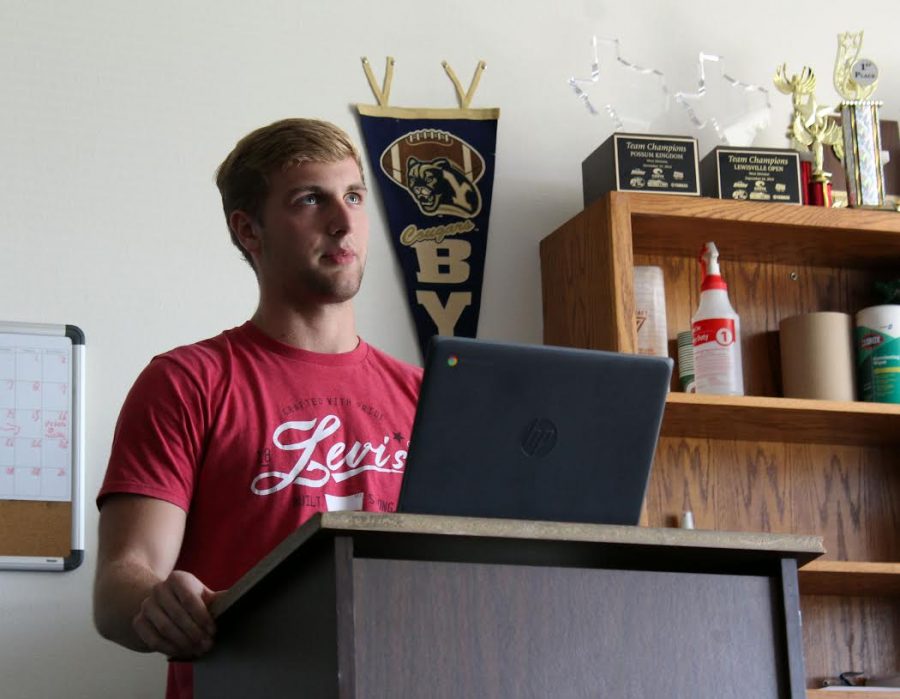 Daniel Bunting gives a speech during debate class to prepare for the next tournament.

This is the first year that many students have participated in an in-person debate, since most were online last year because of Covid.

The topic for the debate was whether or not environmental protection should be prioritized over natural resource extraction. Each person had to write an argument for both sides (yes and no) and debate over four rounds. They are judged based on how well they speak and how well they defend their position.

They are scored on a 30 point scale, and the judges take off points for things like posture, clothes, eye contact, flipping through notes and talking too fast. The points, along with the judges decision, determines who wins.

“I spoke quickly and assertively in my rounds and to be honest I don’t even think I knew what I was talking about but my opponents couldn’t tell because of the falsified confidence I wore,” junior Abby Hudson said.

After celebrating the win, the team began to prepare for their next tournament, which is on Oct. 16 in Melissa.