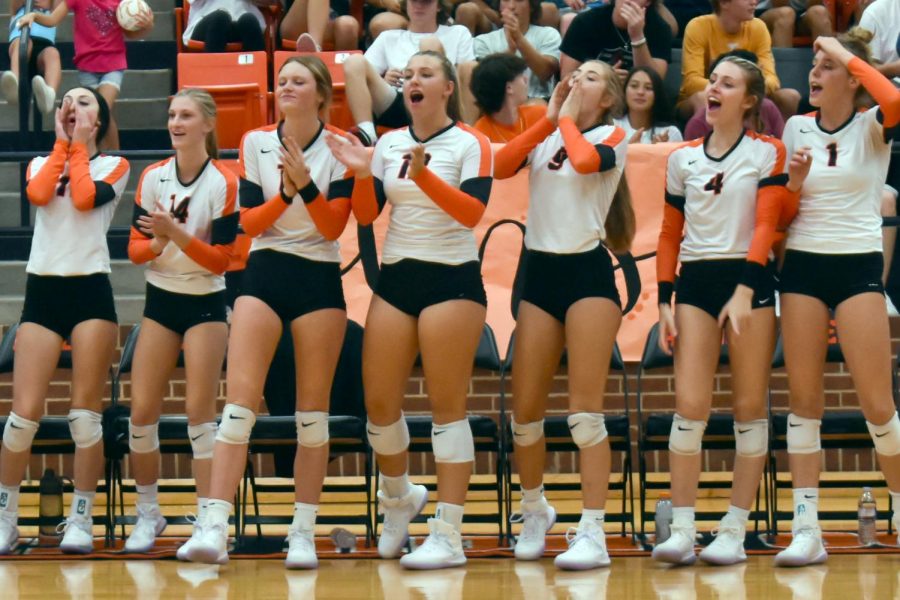 The varsity team cheers from the sideline in the game versus Joshua Aug. 24.

On Aug. 27, the varsity football team played the Weatherford Kangaroos in a non-district game. The Bearcats took the win with a score of 47-7.

The next game will be today against Lone Star in another non-district game at 7 p.m. at the Toyota Stadium in Frisco, TX.

Varsity did not play Weatherford, but their next game will be versus Highland Park tomorrow at 6 p.m.