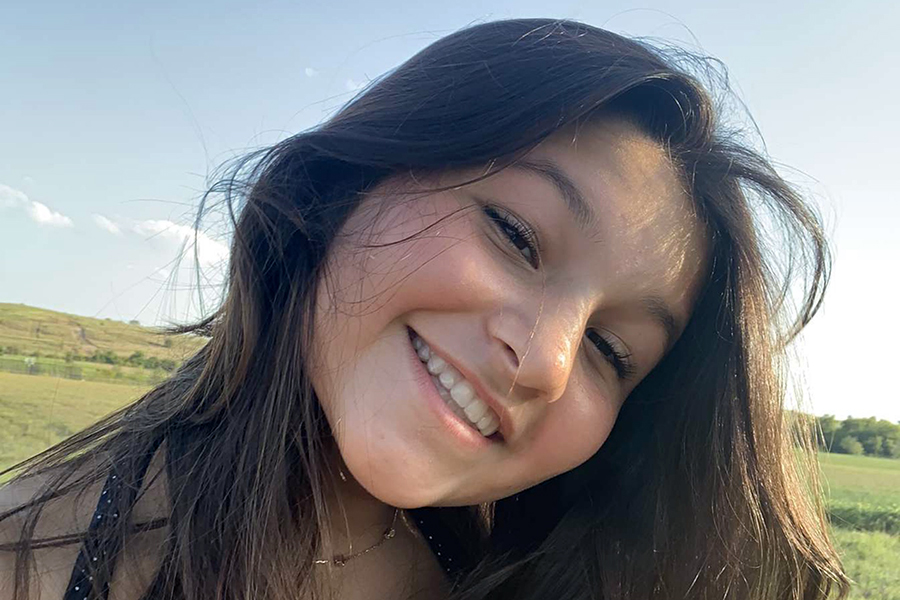 During Edyn Esquivel’s freshman year, English teachers asked students for their end of the year final to think of something they were passionate about and take it a step further. Edyn believed this was a perfect time to get started on a project that she had been working on for years.

“My capstone project idea was to wrote a book telling a different perspective of someone whos mental illness led them to suicide,” Edyn said.

After hearing stories of what Edyn’s aunt faced before losing her battle with depression, she decided to write this novel based on her aunt’s diaries to show to the world that the battle of depression has extreme misconceptions. Edyn aims to bring awareness to what so many people go through each day.

When someone asks about Edyn’s aunt, she explains how amazing her aunt was and how she had a very bright future ahead of her that the struggle of mental illness took from her.

“She was a very creative lover of poetry writing. She was very intelligent and published her own poetry. She was a great student,” Edyn said. “I would hear stories about her being that big sister that takes the little sisters on fun trips. She was just a great fun person with a very bright personality. She had a very bright, exciting future as well. She had very high hopes of what her life would turn out to be. She would have been able to achieve those goals if she wouldn’t have suffered.”

Edyn’s aunt took her own life after years of struggling with depression. One week later, Esquivel’s mother found out she was pregnant with their first child, Edyn.

“It definitely was a whirlwind of emotions in that household,” Edyn said.

Esquivel never had the opportunity to meet her aunt and be able to get to know her crazy personality that her mother always talked about.

Years later, when Edyn became old enough to understand what happened with her aunt, she was urged to know more. She talked to her family about what happened and soon was introduced to the diaries her aunt wrote throughout the years before she passed.

“I really want people that read my novel to take away a new idea and look at mental illness differently and tell my aunt’s story because she couldn’t tell it herself,” Edyn said.

Edyn wanted her book to be about her aunt but also keep people entertained as they read it.

“It is a fiction in a way, but I used her name because I wanted to keep it as telling her story as much as possible but also appeal to the audiences and entertain them as they read it, so I wanted to make it more of a fiction instead of a biography,” Edyn said.

As Edyn began to start the journey of writing this book, she realized it was not only to tell her aunt’s story, but for her family to understand what she went through and see things from her own perspective. She feared to see her family’s reaction to the book.

“Um, the biggest fear of writing this book was for me having the family members see it if that makes sense because I wanted it to be super accurate. Not everyone had read her diaries or seen her perspective on it. I wanted my take on her story to be accurate and not pretre the wrong information of her life or what she went through,” Edyn said.

The more Edyn got into the book, reading more diaries and digging for more information on her aunt, she struggled with trying her best to tell the story as accurately as possible. She believed that since her aunt couldn’t tell it herself, Edyn had to tell it the closest she could.

“I would say the biggest struggle for me was wanting to tell her story correctly. This story is so unique and the person who experienced it couldn’t tell it herself,” Edyn said.

Edyn’s grandmother also decided to show her something about the situation that was extremely painful for Edyn to see and understand. She explains how this one thing was the most heartbreaking part of writing the whole book. Her aunt’s goodbye note.

“Writing this book, I had to read her diaries from her perspective and try to rewrite it in her eyes. Even reading the parts leading up to the weeks she died was extremely difficult. The hardest part of it all was reading her goodbye note to my grandma. It was one of the hardest things to read and write about and just because I wanted to tell her story correctly.”

After reading through her aunt’s diaries and seeing everything, Edyn realized there are so many misconceptions when it comes to people that suffer from depression.

“I would definitely say that the biggest misconception is that they are just sad and don’t want to do stuff or live a normal life,” Edyn said. “It’s really having to struggle with wanting to have some hope, losing that hope and losing grasp of your future. That is what brings on depression. People being sad all the time or always moping and not wanting to do anything is a huge misconception when in reality it’s them struggling with a battle within themselves.”

Although Edyn never had the possibility to know and have a relationship with her aunt, she still was affected by her aunt’s death.

This situation has taken a toll on the Esquivel family and they have learned so much about mental illness. Edyn hopes to continue to support and help people that struggle with depression.

“I would like to say that you aren’t a burden on others,” Edyn said. “You have a future and even though it may seem you can lose grasp of it sometimes, there is a plan for you and whether you change that or go a different way or end it, you have people that support you and love you every step of the way.”