“WandaVision” – The Facts and Fan Theories About Marvel’s Newest Show 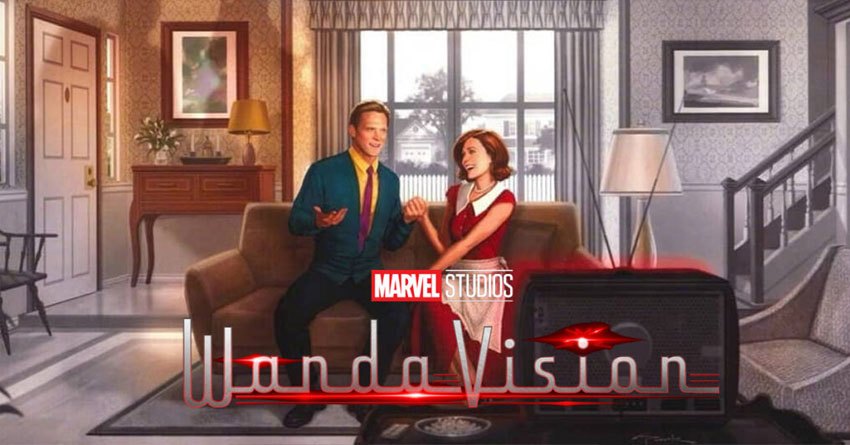 Airing on Jan. 15, Disney+ launched the first two episodes of a new show. “WandaVision,” about Marvel’s Scarlet Witch and Vision, a mutant and an android, is one of the first shows being released in Marvel’s next cinematic phase; the following being “Loki” and “The Falcon and The Winter Soldier.”

“WandaVision“ is different from anything Marvel has produced before it, leaving some viewers pleased and others with more mixed feelings. “WandaVision’s” first episode is set in the style of a 50s sitcom, much like popular shows such as “I Love Lucy” or “The Donna Reed Show.” The show is filmed in black and white monochrome, the typical style for 50s shows. The interactions between characters also follow the traditional pattern that is associated with these shows. Wanda and Vision have moved into a new neighborhood, and they’re just trying to fit in; from dinner’s with his boss to the ladies luncheon. These events are all experienced with wacky and satirical humor.

The show itself is framed to fit nine episodes in its season, and maybe in its entirety. Based on the way the show is being carried out and when it is set, it’s confusing to say if they’re planning a second season for this show. In an interview on “The Hollywood Reporter’s Top 5 Podcast,” the series creator Jac Shaeffer explained that she cannot speak on a second season as it must “fit in with Marvel’s philosophy.” She did however mention that the season is meant to “feel like a complete story” and have the “run of a comic book.” Which means fans can hopefully expect to see the plot resolved in this season as traditionally, a comic is just one story and plot among a million others for a certain character or group.

During the show’s episodes, there is a brief interruption from the characters that takes viewers to a commercial of sorts. The commercials seem to play a vital role in Wanda and Vision’s past. They show references to their past, and have also helped to hype up fan theories of what could be happening with this superhero duo.

However, there is the presence of something much darker lurking in the background of this fun-filled family entertainment. There are times when Wanda and Vision cannot remember things that they should, for instance, why they moved to that neighborhood or how long they’ve been together. This combined with other moments that tend to give the whole show an eerie feel.

And to make it even stranger, while the first episode is set in the 1950s, the second one is set in the 1960s, and the third in the 1970s. The show and the characters in it seem to be hitting each decade on their way through the season. If the show carries on at the same speed, we can expect the pattern to follow throughout the rest of the show, seeing a different decade each episode.

One of the more confusing and confounding plot points in the show is the appearance of Vision. As far as prior knowledge of this show goes, it seems that it was meant to be set after Marvel’s “Avengers Endgame.” However, fans will remember that Vision did not survive past Infinity War, when Thanos stole the mind stone; which was what made Vision a sentient and essentially living android. And while at the end of Endgame, all of the people who were blipped out of existence by Thanos using the infinity gauntlet came back, it was not expected nor seen that Vision came back along with everyone else. This is mainly because he was actually killed in Infinity War. The first time, Wanda kills him to keep Thanos from getting the mind stone, but then Thanos uses the time stone to go back and get it anyway. Both of these outcomes left with Vision ultimately dead. Therefore, understandably, many fans are confused on how Vision could be alive in this series if it takes place after Endgame.

Now this is where we start to get into the fan theories.

Ever since the news and trailers of “WandaVision” were released, fans have been trying to figure out what the plot would be and what villains and antagonists could be in the show. And with the episodes releasing the theories keep better. Some have been disproved, others still have ground to run on.

One of the biggest theories at the moment is that the main bad for this series will be Mephisto, and there is honestly plenty of evidence to back this up. Mephisto is a demonic villain often referred to as the devil. This can be highlighted by ominous things characters have said in the series. Such as when one of the characters remarks that “the devil’s in the details” and Agnes, another crucial character to this theory, jokes back saying, “That’s not the only place he is.” In the comics, Wanda uses her magic to create her twin sons, which we find out about in the third episode, but later learns they were formed from Mephisto’s essence. In order for Mephisto to regain the part of him that made the twins he must absorb them. This provides a big hint that he could be a part of the show later on, if it’s meant to follow the comics. Fans suspect that Mephisto might be one of the unmentioned husbands in the show.

Now Agnes supports this theory, on the fact that fans interpret her to be Agatha Harkness, this is supported by a particular necklace Agnes wears, which is similar to one worn by Harkness in the comics. Harkness is a witch in the comics, portrayed as being a witch from the Salem Witch trials. Harkness plays a very important role in Wanda’s life, post twin-absorption. She helps Wanda learn to harness her hex powers.

This theory could especially work if “WandaVision” is meant to be a kick-start to “Doctor Strange and the Multiverse of Madness.” A sequel that Scarlet Witch has already been confirmed to be starring in. Now, Mephisto is a villain that also faces off against Doctor Strange and it is possible that they’re intertwining both Wanda and Strange’s fight with him into the same movie.

Moving onto other, smaller theories, viewers can see the existence of another organization in Marvel’s comic books coming into play. In the second episode, Wanda picks up a toy helicopter with a strange logo on it, one we later see repeated at the end of the episode. The logo itself is a circle with a sword in it. This helps to strengthen the idea of SWORD’s involvement and introduction to the MCU. SWORD is an acronym for the Sentient World Observation and Response Department. Viewers are placing theories on whether or not Wanda is in a prison of SWORD’s or if they are trying to figure out how to help her.

The last theory being discussed would be that of the town of Westview. This is the town that Wanda, Vision, and their neighbors live in. Now, with Vision being dead, fans have made assumptions about the rest of the town of Westview. In fact, they’re questioning the status of its residents, are they living or dead? It probably wouldn’t be too far of a stretch to assume they might be, considering Vision’s status of life. It’s possible that Wanda tried to bring him back and accidentally brought a few stragglers along to.

Still, even with these few theories there are many, many more circling around Marvel’s new series. Whatever the creators of this series have in store, the fans are excited to find out. While “WandaVision” might be different from anything Marvel has produced before, it still has fans gripping the edge of their seats, excited to find out where it will end.